The Glitz, the Glam, the Pain, and the Shams 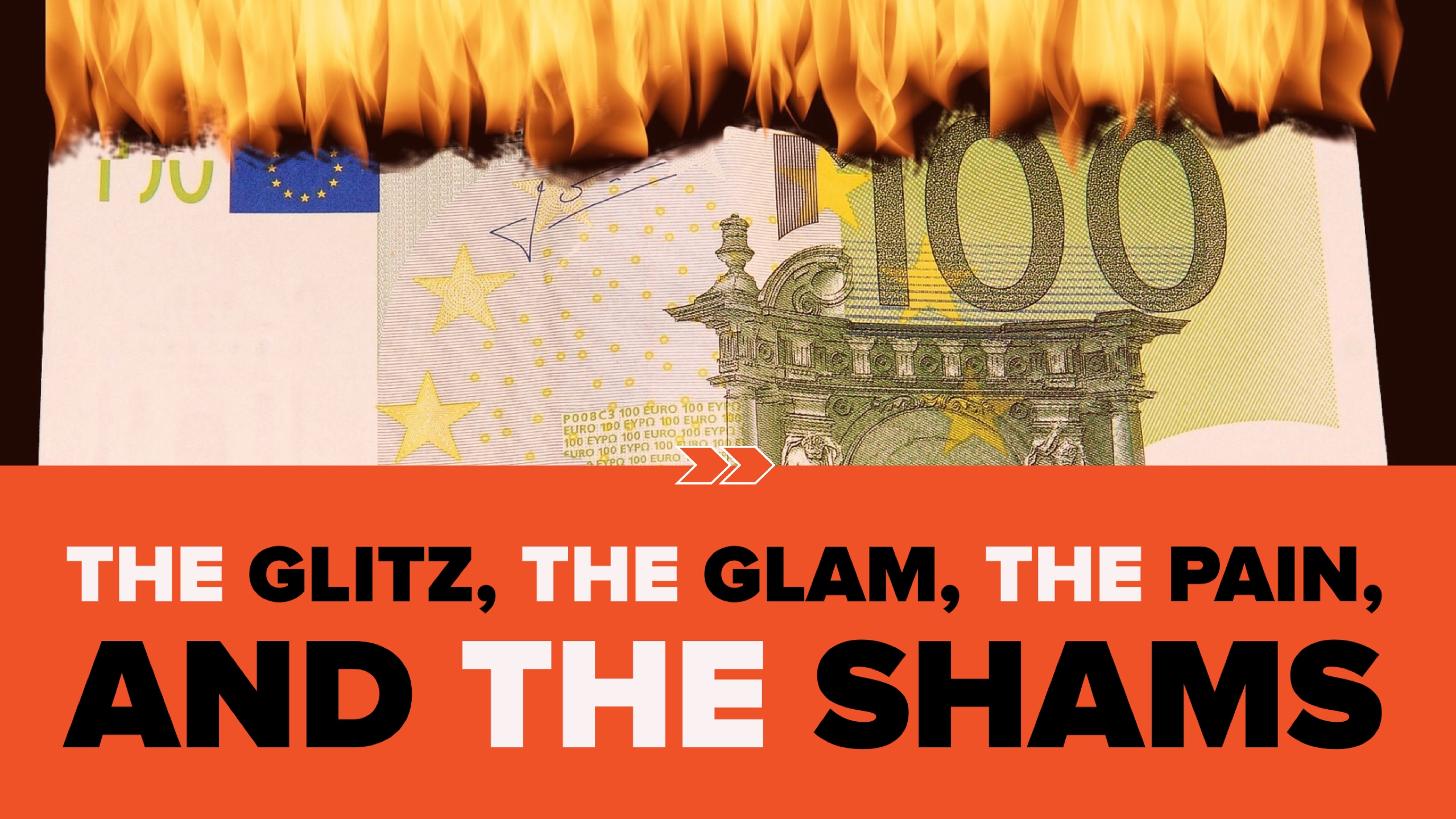 So many people are going around wanting to be social media gurus…when they could be learning how to create and build something tangible that they can talk about on various platforms up to and including social media. They want the glitz and the glam but so much of it can be a sham.

What I’m interested in seeing is the actual value that some of these folks are creating or wanting to create instead of just trying to do what everyone else is doing because it’s trendy.

I started a blog a number of years ago before “going viral” was really a thing people were trying to do…we reached a pretty sizable audience and the amount of stuff that you learn working with that many people at that level is an important part of the journey.

The topic was more controversial and focused largely on asking hard questions about faith and such that we weren’t allowed to ask (or were too afraid to ask) growing up in church.

It caused a lot of internet arguments and I had to really pull back from it because it got too intense and I found myself spending more time feeling the need to prove how right I was instead of diving deep into more important things like understanding, compassion, love, hope, etc.

Our design agency wouldn’t exist today if it wasn’t for some of the people who initially we met through that blog - and the skills we learned running it.

I think ultimately if folks are taught some of the practicals of understanding finance and business in general though, the rest will follow. People who are posers will always show up but when the rubber meets the road and the bills need to get paid, you gotta either put up or shut up.

It can be brutal and it can often feel like a 24/7 job. The people who are looking for glitz and glam because they think running a business that depends largely on digital and internet marketing is easy or because they watched a webinar and suddenly think they’re experts are in for a rude awakening.

In a nutshell, if it was easy, everyone would be doing it.

I’m largely just at a point where I’m not even thinking about or worrying about growth - I’m focused on building my business, reaching who I can, where I’m at, with what I’ve got.

The constant pursuit of more is a fruitless endeavor that only ends in disappointment. Contentment and commitment to the people who are already listening is the only key that I’ve found to be really workable at any stage of the game.

You can usually chart the process from employee to entrepreneur - and it often goes through a lot of valleys and other trendy things instead of doing the hard internal work and personal and professional development required to find and create some kind of unique value.

It requires obsessive amounts of learning, reading, practice, failing, more practice, more failing, and dots of success along the way.

You know if you’ve been at this silly game of paper-chasing that we all play long enough that there are days where you’re on the floor wondering how the hell you’re going to pay your rent.

A lot of the writing/content that I do addresses that aspect of it because I’ve not hit that stage where all my bills are always paid and all my debts are paid off.

I’m definitely further along than I was 5-10 years ago and we’ve had some real successes and have had the honor and privilege of working with some of the best in our industry and some of the smartest people in the world - but we have also some really rough spots with family, health issues, and life things.

That’s the stuff that a lot of folks shy away from talking about because it’s messy.

It’d be really easy for me to take photos of myself with a giant smile on my face and paint pretty pictures for everyone who’s watching to make it seem like we’re rolling deep and making millions. There’s plenty of folks who I have literally seen Photoshopping money into their hands in an attempt to sell some product or service that they’re pitching.

I only know this because I am a designer and know what to look for.

The frustrating thing is that most people don’t. Most people don’t know how much they’re manipulated every day by shady marketers who only care about making a dollar.

You have to be seriously skeptical of anything you see on a screen or in print or on the radio or on a video because you can literally make just about anything seem real these days just with your cell phone.

My biggest encouragement to you is this: learn the craft of the creative arts. Learn as much as you can about how to tap into your own inherent creativity.

The things that technology can do these days and is already doing WILL replace millions and millions of jobs - and if you’re reading this right now and are working at some corporation or for some other business - the chances are probably much higher than would make you feel comfortable that your job is one of those.

I was at the grocery store yesterday and noticed that they had replaced a major section of the traditional checkout aisles with self-checkouts.

Prices have gone up, there are less humans working the aisles, and you’re required to basically do more work to get the groceries you picked up.

They’re turning you into subconscious employees at these stores.

If you only have one major source of income - (spelled J-O-B) - then the biggest encouragement I have for you is to learn everything you can about how to CREATE wealth for yourself and your family.

Learn how to CREATE income - not how to go earn it and how to be better at landing job interviews. That’s all fine and good - but what happens when your entire industry gets leveled by automation?

Or autonomous vehicles that no longer need human drivers?

That’s why I so strongly recommend pursuing tapping into your own inherent creativity. Learn how to make things that only you can make - that come from the depths of your soul and who you are.

Learn how to share your story in a way that people are willing to pay to hear it…whether in books, video, filmmaking, art, or otherwise.

Your story is important, and your whole life will change when you invest the time and energy into it that is required in order to really make a living doing what you love and sharing that story.

(…Or in some cases, even just finding out what that is that you love and would rather be doing instead of shuffling papers, booking appointments, or filling in spreadsheets all day for someone who’s making a hell of a lot more money than you.)

Don’t build your life or your career around something that can be automated or taken away from you.

If you commit yourself to life-long learning, you’ll have no shortage of opportunities when entire industries get disrupted by those who are focused on creating a new world instead of spending all their time and energy trying to maintain the status quo of the old one.