How to Overcome Rejection and Focus on Creating 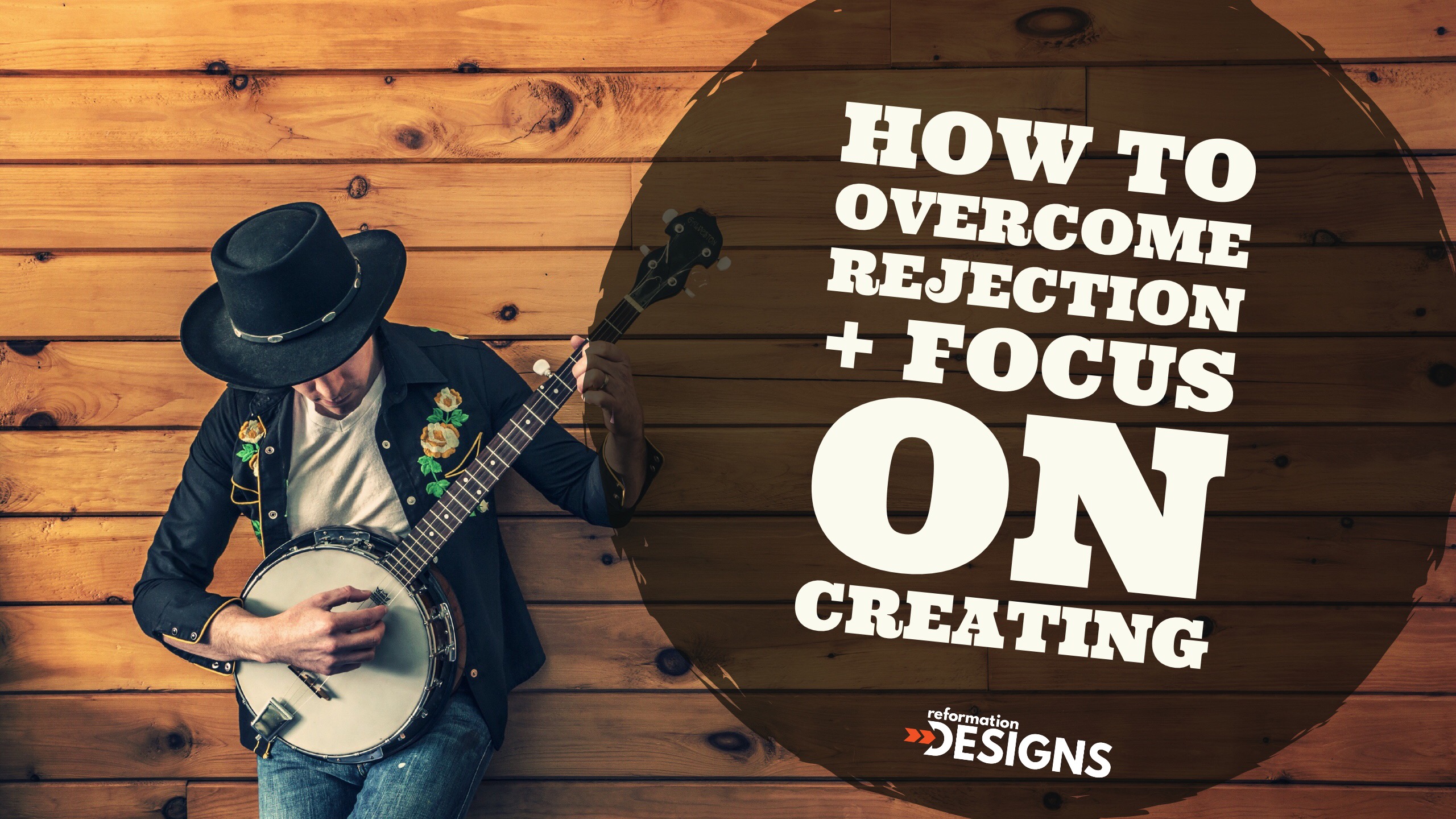 Aloha, fair traveler!
Are you looking for better ways to learn how to overcome rejection and focus on creating the kinds of art, business, or lifestyle you want?
You see, you’re not alone.
Think Mozart was always understood and respected as an artist?

“Too many notes, my dear Mozart, and far too beautiful for our ears.”

Yeah, you read that right. There was someone, and not just any someone, but THE ROMAN EMPEROR who thought to tell Mozart that his music-writing ability wasn’t good enough. So even Mozart had to figure out how to overcome rejection.

You’re not the only one who struggles with self-worth as an artist in whatever craft you are in. We all do.

Everyone, even the people you look up to the most and those throughout human history who have achieved great things have to deal with getting told by people they respect that they’re not good enough.

For me, it’s not so much being told that I’m not good enough that bothers me as much as when people simply ignore me.

It is one of my biggest pet peeves to be ignored. Especially in a day and age when you know damn well that everyone has their smart phone wired to their hip or fused into the palms of their hands.

I hate when I am trying to get in touch with someone - whether it is a client, a friend, or a business partner and I know that they have seen my message but just have chosen to not respond.

Have you ever tried to get in touch with someone over a period of several days and they have full-on ignored you - yet they’re regularly posting on their social media accounts, and when you see them the next time they have their phone out the entire time?

I admit it - I’ve got a patience problem.

And I know that there have been times that I have marked messages to read later that have just slipped my mind. We all do it.

But what I am learning to do is to take more control of how I choose to respond when things don’t turn out the way that I necessarily would like them to.

I don’t want to feel so attached to the outcomes that I have pictured in my head.

There have been so many times that I have gotten incredibly frustrated when people haven’t responded to me on the time table that I would like them to (namely, DROP EVERYTHING AND RESPOND TO ME RIGHT NOW BECAUSE OH MY GOD THIS IS AN EMERGENCY AND I NEED TO HEAR FROM YOU IMMEDIATELY).

I despise when people contact me in that manner. So why should I expect others to respond to me as if I’m the only person that is on their radar right now?

(If you’re thinking, ‘Well, you shouldn’t!’ I think you may be onto something. But you do it too!)

I hate it. It’s something that I have wrestled with for as long as I can remember. This idea that the world revolves around me and my problems and my ideas and my business and my frustrations and me oh my, me, me, me.

I guess in some ways my world does revolve around me. Obviously I don’t know what it’s like to live in anyone else’s head.

I can empathize with people quite easily - but I also have to be careful to keep that under control because otherwise I can end up picking up problems that simply are not mine to carry.

So I guess that’s what it really boils down to for me at this stage in my life. Learning to lean into patience and trusting that everything that is worthwhile takes time to build and create.

Every strong, impressive building that you have ever seen or will see took time to plan, outline, and erect. Every strong building needs a strong foundation.

I’m trying to trust that when I’m not seeing things happen the way that I’d like them to, that there’s something else that I could be learning in the midst of that waiting game that I hate so much.

A little perspective makes all the difference in the world…and recognizing that sometimes, the opinions of others simply don’t matter when you are in your element and creating what makes you come alive.

If Mozart had listened to that Emperor…if Mozart hadn’t pushed through the fear and the pain and the rejection and the anger and the resentment and the bitterness that he surely felt towards this very-important-person who chose to ignore and discard his talent and brilliance…his work would have never graced your ears.

What masterpieces have you pushed off to the wayside because of the Emperor Joseph’s of the world?

What are you going to do about that?