Facing and Slaying Your Creative Dragons 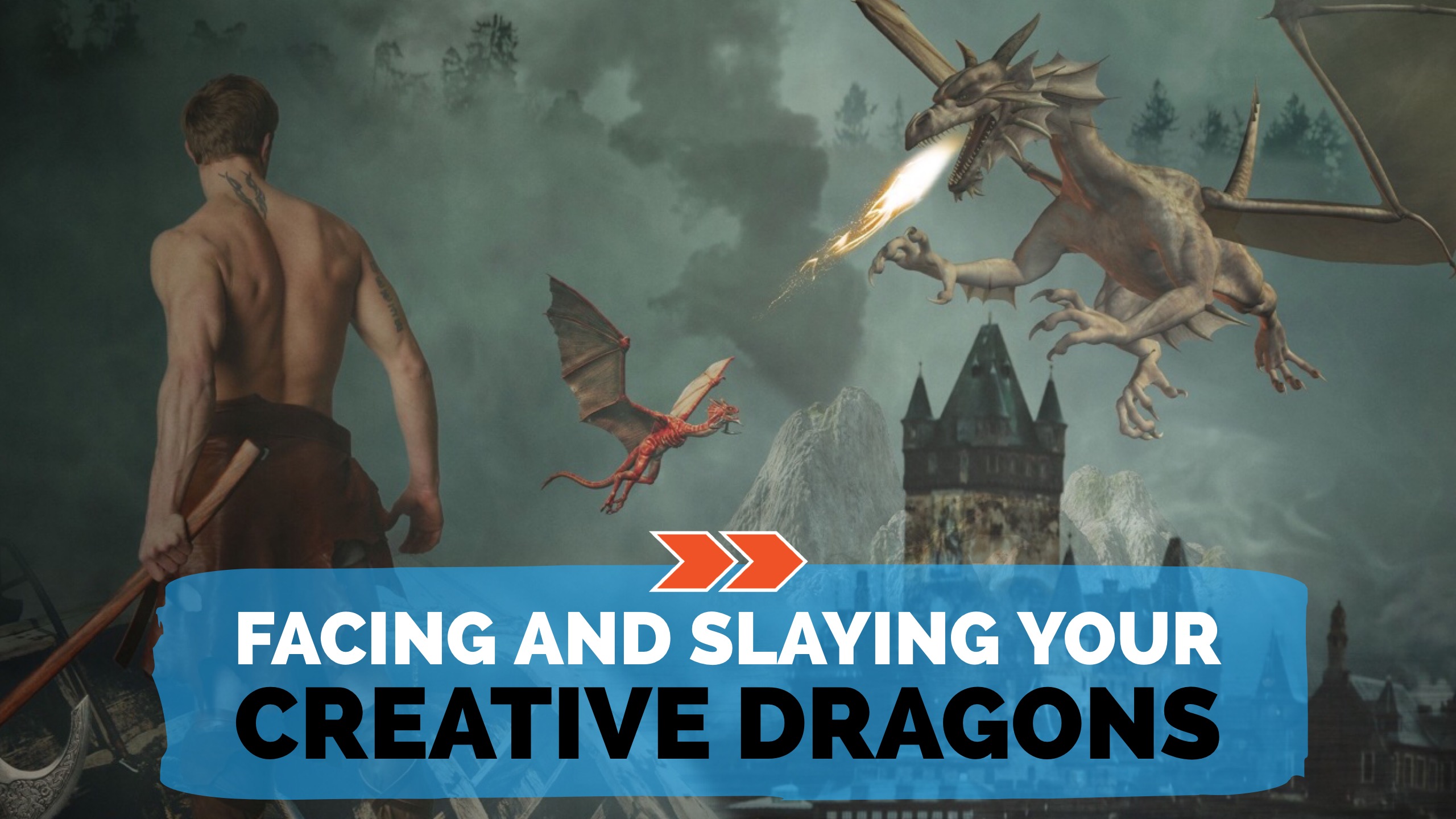 To create something of any kind can often feel much like the task of a brave knight choosing to face down the dragon that stands between him and his prize.

The dragon taunts the knight, whispering in a voice that only he can usually hear, and somehow…somehow…that damned dragon knows exactly what the knight’s greatest weakness is.

It usually boils down to the ever-familiar impostor syndrome - that nagging feeling of “Who do I think I am?”

…but every now and then, something rises up within the heart of the knight. Something causes him to march onward despite that resistance.

He lifts his sword in defiance of the beast before him and makes a decision that defines him.

He decides to face his greatest fear and charge to meet it head on.

He sets his heart to the task of slaying that which has vanquished many before him and relegated them into shadows of who they were born to be.

And as he raises his weapon of choice to end the tyranny of the creature that stands between him and victory, a million thoughts fly through his head:

“Will I survive this encounter?”

“Will my loved ones be hurt if I fail?”

“What will happen to them if I succeed?”

“Am I a fool for even thinking I could accomplish this?”

“So many have tried and failed before me - who do I think I am?“

It is the answer to that last question that makes all the difference.

In any creative endeavor, one question should permeate all that you are setting yourself out to do:

The way that you answer that question will define the very essence of everything you create.

Do you just believe yourself to be just another average person, trying to fit in with the status quo?

Then you will never create anything beyond average.

When you look in the mirror, what do you see?

Do you see someone who is the sum total of your past failures?

Or do you see someone who has learned the art of forgiving yourself?

To create is to release into the world a reflection of who we think ourselves to be and the way that we perceive the world around us.

Whether that is a rant on social media, a beautiful piece of art, or a song that we decide to compose, these things all would not exist without the willingness of the creator to slay the dragon of uncertainty that says, “You can’t do this - who do you think you are?”

It is not an easy thing to keep releasing content out into the world these days - especially when there is so much incessant noise that is constantly clamoring for people’s attention.

The work of a content creator, a blogger, a producer, an artist…it can be mind-numbingly frustrating at times because it can be difficult to be seen, and if no one sees it, it can seem like no one cares - and deep down, we all want to know that our work is appreciated.

We all want to know that what we are doing inherently matters.

We all want to be aware that the work we are doing in this world is making a positive difference.

We all are born creative and are full of creative self-expression when we’re young - and as we grow older the pressure to conform and fit in can often choke the life and creativity out of us.

I’ve spent the last several years of my life working at allowing myself to dream and imagine again. What about you?

Do you ever just let your mind wander and imagine all of the possibilities of a life that is fulfilling, vibrant, and abundant in joy and creativity?

Picasso has often been quoted as saying “Every child is an artist - the problem is how to remain an artist once we grow up.”

Will you create, despite the resistance that you will certainly face?

Will you pull out that sword, rusty though it may be, and learn to wield it well?

It will take time.

It will take a lot of practice.

And you will fail. Probably more times than you would like to. But whether or not you stay stuck there is up to you.

The question is - will you allow those failures to define you?

Or will you allow them to refine you?

You are not the sum total of your failures.

You are not the result of the mistakes you have made.

When you choose to be thankful for what you have, where you are, and what you’ve accomplished so far - instead of looking for all of the reasons to be frustrated with yourself, it is much easier to continue creating and slaying that dragon.

Sometimes all you need is a little encouragement to keep moving forward.

I hope I have done that for you today.