What Would You Do With an Extra 40+ Hours Per Week? 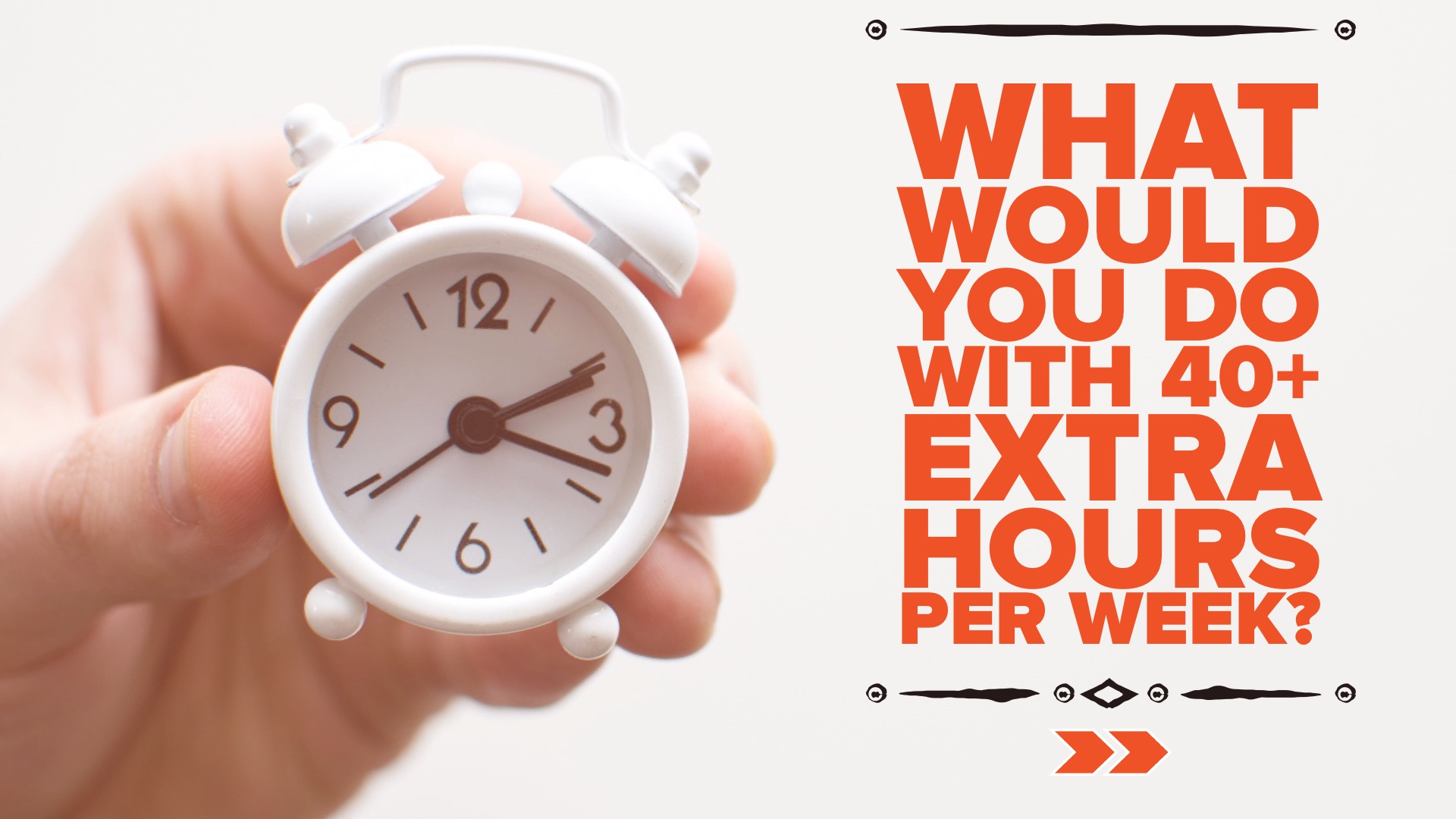 One of your main resources that you can’t get back is time.

When I first set out to do the entrepreneurial thing, I had no idea what I was doing. All I knew was that what I was doing working 3-4 jobs just to try and make ends meet wasn’t working.

The economy was shit, jobs were hard to come by (even with a degree), and everything felt really uncertain. This was in 2008-2009. I was just about to get married and even with working as much as I was, I still wasn’t making ends meet. I knew I had to change something.

So I started learning everything I could about how to start and run a business. I read almost obsessively about how to go from concept to reality. I asked so many questions from so many different people - those who had gone before me and succeeded - and those who had gone before me and failed. I made it a point to take copious amounts of notes and I listened to podcast after podcast from “successful” people.

It wasn’t long before I knew that this was going to be a long haul. I knew that it was going to take me much longer than I would care to think about to achieve the kind of financial freedom and “success” that I was aiming at - especially being over $60,000 in student loan debt. (Don’t borrow money for school, kids. It’s a trap.)

But I also knew that I was coming across similar themes in every business and personal development book that I read. Time, and time, and time again the authors would insist that my mindset was far more important than my current results. So I did what I could to cultivate healthier, more optimistic mindsets over time.

I intentionally surrounded myself with people who were aiming at the same kinds of goals as I was, and chose to believe that no matter what happened, anything was better than putting in 40-60 hours of work per week at a variety of jobs taking orders from bosses who didn’t give a damn about much more than the bottom line on their profit and loss statements.

It got to a point where I made the decision that no matter how long it took, I was going to get to a place where I’d be able to be the one calling the shots about how much I was worth, what I would charge for my services, and the kinds of people I would work with and when.

It has not been an easy journey - not by a long shot - but I also have found through the process that one of the biggest questions I faced (and still face) is what to do with all that extra time during the week that I’m not sitting in a cubicle or driving to and from a typical job.

Some of that time I spend sleeping in. Some of it I spend working on projects. Other times I spend it playing games with my wife. Still other times I find myself scrolling mindlessly on social media instead of getting to work and doing the creative things that actually bring us income and make sure our bills are paid.

Whatever the answer to that question for you - if you do decide to go into business for yourself you’ll find quickly how difficult it can be to know what to do next when no one is telling you what to do.

In the video below I talk a bit about that and offer some perspective to consider.

Want some coaching in your own creative pursuits? Hit us up